Join our hosts, the Belleville Senators at the McFarlands Pub Area in the CAA Arena.
Meet the Sens community team, including Breanne Matthews, Vice President - Sales and Marketing and of course... everyone's favourite mascot, Belly.
Did you know that you can submit a request to have Belly and/or the street team attend your community event?  More information is available at this link.

Enjoy light refreshments compliments of our host, the Belleville Senators.  Beverages will be available for purchase.

Judi's new book combines her passion for sport and her desire to help athletes recognize their skills beyond the rink, field, court, pool or pitch.  'The Next Shift' is a unique handbook for all athletes who wonder and sometimes struggle with how to transition from sport to their Next Shift successfully.

Judi is a Certified Leadership Coach, an accomplished facilitator and speaker (Judi Gilbert & Associates). She has extensive experience working in both the public and private sector, including six years as the Executive Director for United Way Hastings & Prince Edward.

Also in the house, is Dennis Hull.  He will readily admit to not being anything other than Bobby Hull's brother, as long as you add he's the younger brother.  And he's even been known to answer to someone asking for Brett Hull's uncle. 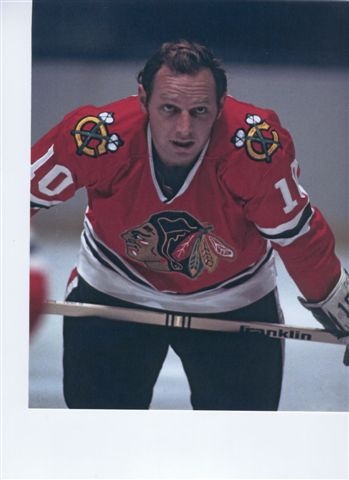 A self-effacing brother and proud Uncle, Dennis himself, was known for his powerful shot on net. Bobby once said of his younger brother, "When Dennis is cranked up, there is no goalie who can stop the shot except by luck and accident."

During his National Hockey League career, Dennis scored 303 goals and had 351 assists in regular games. In 95 playoff games he scored 33 goals and had the same number of assists. Six selections to the All-Star team are testament to his hockey skills. His biggest thrill in hockey was the first game he played against his idol, Gordie Howe, but the most significant time in his career came when he was selected to play for the memorable Team Canada of 1972.

After retiring from hockey, Dennis continued his education, graduating from Brock University in 1981 with a Bachelor of Arts in History and Physical Education. During the summers of 1978 to 1982 he was the Director of Hockey, Sports Ridley. From 1980-1982, he taught history at Ridley College and assumed responsibility for their entire hockey program.

From 1982 until 1993 Dennis was the Athletic Director at a University in Chicago. Also, during that period, he spent a few years as the color commentator with the San Jose Sharks.

Today Dennis combines his love for farming, raising PureBred Polled Herefords at his farm just east of Toronto with his numerous speaking engagements.

Gordie and Colleen Howe, "Mr. and Mrs. Hockey" quoted in Dennis's book The Third Best Hull (I would have been fourth, but they wouldn't let my sister Maxine play):

" Without a doubt, Dennis is one of the most talented speakers and comedians in all of sports.  He rivals the likes of Bob Hope and Eddie Murphy with his wit and humour.  He was a natural on the ice, and now he is a natural on the stage."

In 2005 Dennis Hull was inducted into the Canadian Sports Hall of Fame as a member of Team Canada 1972.

PRE-REGISTER for this FREE event.
Open to all Chamber members and guests.

Someone you haven't even met yet is wondering what it'd be like to know someone like you.  "The richest people in the world look for and build networks, everyone else looks for work" - Robert Kiyosaki 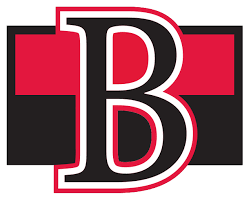