Don't miss the opportunity to network with the local business community, enjoy some light refreshments and some great conversation.  Cash bar will be available.  SPACE IS LIMITED!

Chamber Members (and 1 guest) are encouraged to stay and enjoy the movie 'LIVING'.  LIVING asks the hard questions, specifically: “Is the life I’m living inconsequential?” In this British adaptation of IKURU by Akira Kurosawa, actors Bill Nighy, Alex Sharp, Adrian Rawlins and Amiée Lou Wood respond to a dire diagnosis for Nighy’s character Mr. Williams. Anonymous within a public works office, one decision and one small act spins and ripples out becoming a celebration for Mr. Williams and his colleagues. 1 hour 42 min

Check out the trailer at https://www.youtube.com/watch?v=GN0VuCGwNQM&t=16s

Director: Oliver Hermanus
Writers: Kazuo Ishiguru, Akira Kurosawa
”… Nighy's performance is such a marvel of quiet strength and internalized complexity that, even though you're never in doubt as to how Williams will rise to the occasion… a decision to intervene to help others… feel(s) spontaneous rather than telegraphed.”    Matt Zoller Seitz for  rogerebert.com
REGISTER NOW!

In January 1996 Quinte Film Alternative presented the American film BLUE IN THE FACE to its first very supportive audience. Clearly not a blockbuster, the film and others that followed, was an example of “alternative”: foreign, funny, quirky, engaging and, for Belleville and area, available!

The QFA membership model assured financial stability and continuity from year to year so films could be booked in advance and promoted. Over the years our venues changed from the Bellestar to a theatre in the Quinte Mall which was superceded by the Famous Players 8 (now the Cineplex Galaxy).

In 2002 Mark Rashotte restored the downtown McCarthy Theatre and invited QFA to be a permanent tenant in his Empire Theatre. Some years later QFA contributed to the installation of the high quality digital projector enhancing even more the joy of a theatrical experience. In recent years QFA has weathered the pandemic by streaming our films online but for many members, the theatre experience is still where their heart is so our first film of the 2021-22 season (BEANS from Canada) was greeted with applause before it even screened.

Memberships are slowly recovering but we’re in a new world where the big studios are supporting “Marquee Films”, audiences can choose to wait for streaming and the flow of our “alternative” films has been slowed.

Now in our 27th year, we’re addressing some of our concerns with the help of a Resilient Communities grant from the Ontario Trillium Foundation for 2022-23. In the end though, we’re still here. And, if you are new to us, we hope you will be too. 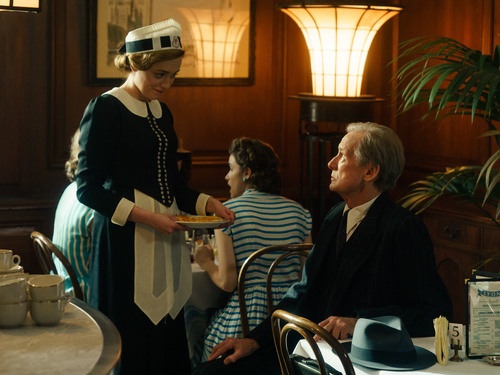 FREE for Chamber Members and one guest.